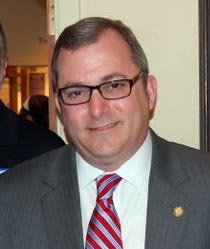 (Updated at 11:05 a.m.) State Sen. Adam Ebbin (D) is decrying legislation that he says will codify discrimination against same-sex couples seeking to adopt a child.

“No private child-placing agency shall be required to consider or consent to any placement of a child for foster care or adoption when the proposed placement would conflict with the religious tenets of any sponsor of the agency or other organization or institution with which the child-placing agency is affiliated or associated,” the bill reads. It also says that adoption agencies cannot be held liable for civil damages as a result of denying the placement of a child.

Ebbin says the clause is discriminatory.

“Adoption and foster care agencies that receive state funding should not be allowed to pick prospective parents based on their sexual orientation,” Ebbin said. “Adoption is a public act that goes through state courts, and no government agency should ever engage in discrimination. When placing a child in a permanent home, the only factor we should take into account is what is best for the child.”

Ebbin tried to patron a bill, SB 569, that would have banned discrimination on the basis of “race, religion, national origin, sex, age, family status, disability, sexual orientation or gender identity” among adoption and foster care agencies that receive state funds. The bill failed to make it out of a Senate committee.

The conscience clause bills, meanwhile, are advancing. On Friday Gilbert’s bill passed the House by a vote of 71-28, and McWaters’ bill has passed a Senate committee by a vote of 8-7.