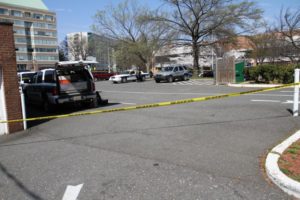 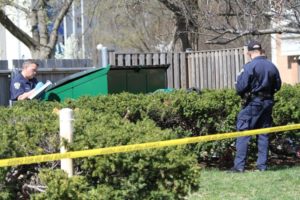 A man, believed to be homeless, was found dead today behind the Arlington Funeral Home in Virginia Square.

The man was found unresponsive behind a dumpster in the funeral home parking lot around 10:30 this morning, according to police. Officers arrived and determined that the man had passed away. Detectives are still on scene investigating the man’s death, though so far there’s no word of anything suspicious.

A man who said he was an acquaintance of the deceased said the man’s name was Lenny and he was in his 40s. Lenny was homeless and sometimes slept in front of the nearby St. George’s Episcopal Church, the acquaintance said.

The funeral home, located across from Arlington Central Library at 3901 Fairfax Drive, is closed and will eventually be torn down to make way for a new office building.