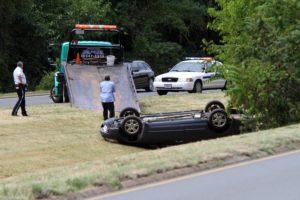 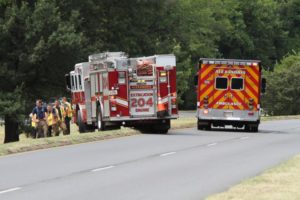 (Updated at 2:50 p.m.) The Alexandria Fire Department and U.S. Park Police were on the scene of a car that flipped on the George Washington Parkway this afternoon.

The Honda landed on its roof in the median between the northbound and southbound lanes, in the area between Reagan National Airport and Daingerfield Island. There’s no word on injuries, but we hear that the driver was not trapped and did not need to be extricated by rescue personnel.

As of 2:35 p.m. the scene had been largely cleared, though residual delays remained in the southbound lanes of the parkway.