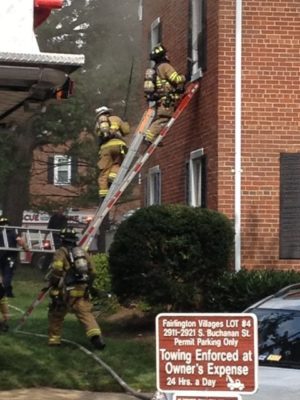 Fire crews remain at a townhouse Fairlington, where a fire has been extinguished.

The townhouse near S. Buchanan Street and 29th Street was vacant and undergoing renovations.

The fire is currently out and crews are beginning to be released from the scene. The Arlington County Fire Marshal’s office has a representative at the townhouse to begin the investigation.

No construction workers or fire fighters were injured.