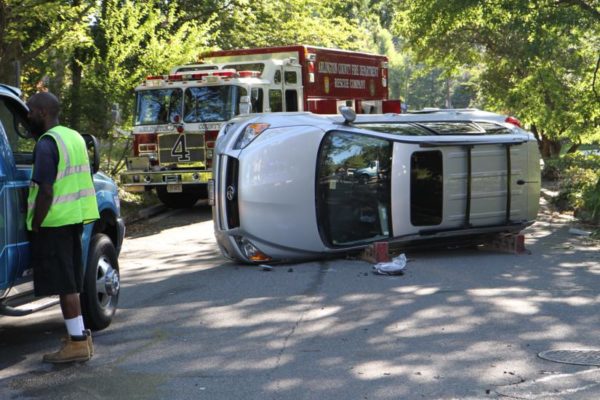 A two-vehicle accident resulted in an SUV flipping on its side at the intersection of 15th Street and N. Greenbrier Street this morning in the Tara-Leeway Heights neighborhood, near Virginia Hospital Center.

The accident happened around 8:15 a.m. and involved a Toyota Camry and a Toyota RAV4 SUV. It appears that the Camry somehow broadsided the RAV4, causing it to flip on its side. The intersection is a two-way stop, with the stop signs in place for traffic on 15th Street.

The driver of the RAV4 was trapped in the vehicle after the accident and had to be extricated by the fire department. The driver was then transported to the hospital for non-life threatening injuries.

A neighbor tells ARLnow.com that there are “a ton” of accidents at the intersection due to drivers rolling through the stop signs on 15th Street. 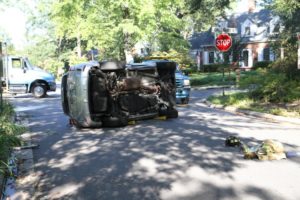 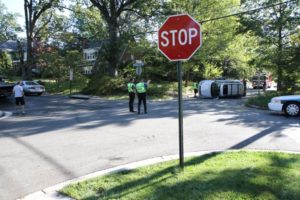 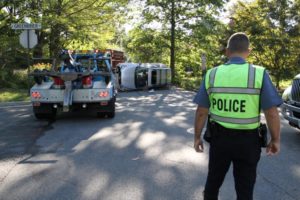 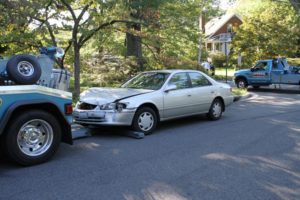