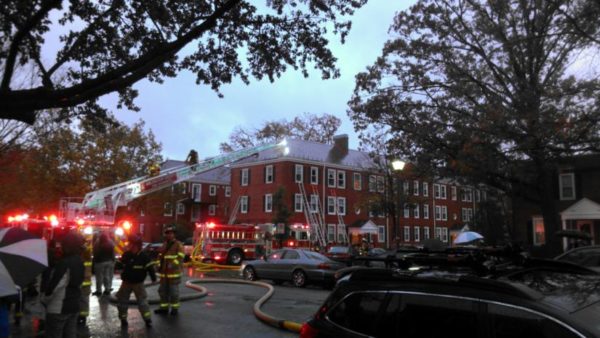 An elderly man is dead after becoming trapped during a fire in his apartment in the 2900 block of S. Buchanan Street in Fairlington.

According to Arlington County Fire Department spokesman Capt. Gregg Karl, smoke was coming from the top level apartment when crews arrived on the scene. Capt. Karl said because the investigation has just begun, it’s unclear exactly what started the fire and whether the man died from burns or smoke inhalation.

According to a law enforcement source, the fire is not considered suspicious. The victim was reportedly a hoarder and clutter prevented him from escaping from his apartment when the fire broke out. We’re told he was the only person in the apartment at the time and was found dead on the scene when rescue crews arrived. Nobody in any neighboring units was hurt.

About 10 residents have been displaced from their apartments while the investigation is underway, according to Capt. Karl. They are being allowed to seek shelter at the Fairlington Community Center until they receive word about being able to head back to their apartments. 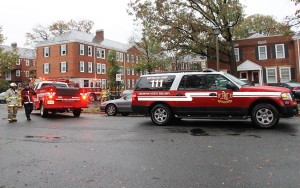 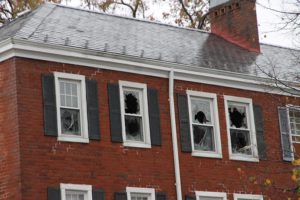