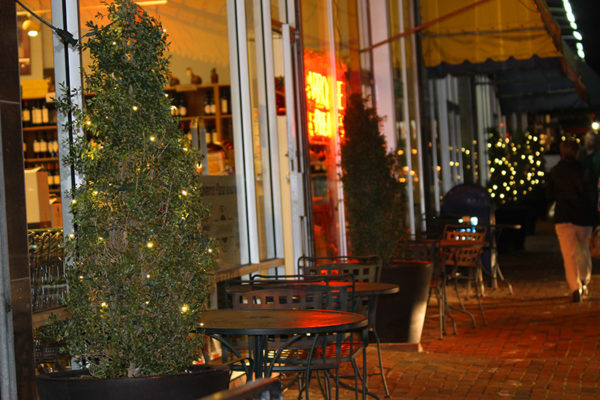 Javon Martin Trial Underway — The trial for Javon Martin, one of the men accused of killing Arlington resident Carl Diener in 2009, began on Monday. Attorneys for the Commonwealth spent much of Tuesday (January 29) presenting evidence against Martin. The other man accused of the crime, Martin’s cousin Roger Clark III, pleaded guilty to first-degree murder last year and is awaiting sentencing. [Washington Post]

Man Arrested for Attempted Rental Car Theft — Police arrested a man who caused a scene at Reagan National Airport on Tuesday morning. He was spotted running around the grounds of DCA and along the George Washington Parkway after allegedly trying to steal a rental car. Airport Police found 28-year-old Robert Cooper of Washington, DC in Crystal City a short time later and arrested him. Cooper has been charged with Attempted Grand Larceny.

Green Valley Pharmacy Receives Historic Designation — The Green Valley Pharmacy in the Nauck neighborhood has been approved by the County Board for designation as the 33rd Arlington Historic District. It is the first historically African American commercial building to be honored as an Arlington Historic District. The designation was granted not for the site’s architectural significance, but for the historical and cultural significance, as well as recognition for Dr. Leonard Muse’s lifetime of contributions to his community. [Arlington County]

New Recruits Sought for Civic Leadership Program — Arlington County is looking new recruits for its Neighborhood College program, which is a free, eight-session course to encourage civic engagement and help residents build leadership skills. Participants will learn how to become neighborhood advocates and how to bring about change for issues affecting the community. The sessions will be held each Thursday evening from April 4 to May 23. Applications for the 2013 Civic Leadership Development Program are due March 4, 2013. [Arlington County]