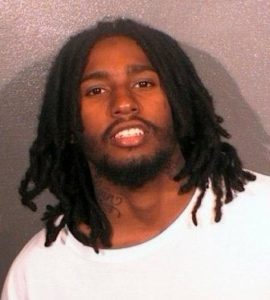 (Updated at 2:10 p.m.) The jury that convicted 25-year-old Javon Martin of robbery and first degree felony murder yesterday for the stabbing of Arlington resident Carl Diener recommends that Martin receive a 27 year sentence.

The jury had the option of recommending sentences up to life in prison for Martin. He is expected to be formally sentenced before Judge Louise DiMatteo in May.

Martin’s cousin and co-defendant, Roger Clark III, pleaded guilty to Diener’s murder last year and will be sentenced at some point in the future. The maximum sentence Clark could receive is 25 years in prison; he was offered a reduced sentence as part of a plea deal for testifying against Martin.

ARLINGTON, Va. – An Arlington County jury yesterday found Javon Martin guilty of murder and robbery for the December 29, 2009 homicide of Carl Diener. Following the guilty finding, the members of the jury recommended a 27 year sentence for Martin, 25, formerly of Washington, D.C. Formal sentencing by Judge Louise DiMatteo is scheduled for a later date.

Diener, 57, a retired federal government employee and a well known and loved member of the Lyon Park community, was found by a passerby stabbed to death lying on the street in the 3200 block of N. 13th Street. As was his practice, he awoke early in the morning to open a local health and fitness club for members. As Mr. Diener was walking from his longtime home to the health and fitness club, he was brutally attacked and left to die.

“From that cold December morning when Mr. Diener’s body was found, the Arlington County Police Department never wavered in their determination to solve this murder, investing hundreds of hours in this investigation,” commented Chief Scott. As a result, murder charges were brought against Roger K. Clark III, 22, of Severn, Maryland, and Javon Martin in June of 2011. Clark pleaded guilty and is currently awaiting sentencing.

Following the trial, Commonwealth’s Attorney Stamos said, “We are extremely grateful to the jury — all of whom worked so hard to reach the right conclusion. Our prayers go out to Carl Diener’s family and hope they will find some comfort in knowing those responsible for his death were held accountable by this community.”

Arlington County Deputy Chief Daniel J. Murray, Commander of the Criminal Investigations Division added, “The Homicide Robbery Unit’s efforts and a strong partnership with the Arlington County Commonwealth’s Attorney’s Office have resulted in two dangerous individuals being removed from the streets. Unfortunately none of our efforts could ever bring Mr. Diener back and the Arlington community is much poorer for the loss of this great friend to everyone.”