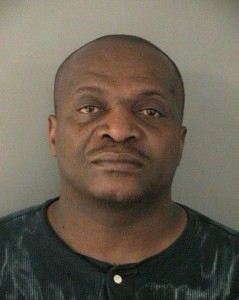 Arlington County police have arrested an Alexandria man in connection with the 21-year-old rape of a college student.

Stevie Brinson, 50, of Alexandria was arrested Thursday after police say they “got a hit on DNA evidence” from the 1992 rape at gunpoint of a 25-year-old woman. The crime happened on the 2000 block of N. Adams Street near Lyon Village.

Brinson is being held without bond at the Arlington County Detention Facility. In June, ACPD resubmitted evidence to its laboratory which led to Brinson as a suspect, police said. ACPD, with the assistance of Alexandria Police, arrested Brinson at his place of work in Alexandria.

“Cases like this are not forgotten by the Arlington County Police Department,” Deputy Chief of Police Daniel Murray said in a press release. “Our Cold Case Squad detectives worked diligently in an effort to get justice for this victim and remove a dangerous individual from the streets.”

From the ACPD press release:

On January 28, 1992, the female victim opened her apartment door to the suspect, who claimed to be a maintenance worker. Once inside the residence, the suspect produced a handgun and demanded money. He then forced the victim into her bedroom where he bound her hands and proceeded to rape her at gunpoint. The suspect then robbed the victim of cash and fled the scene.