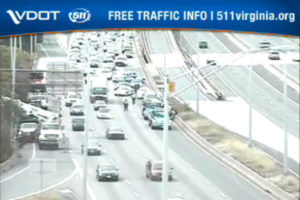 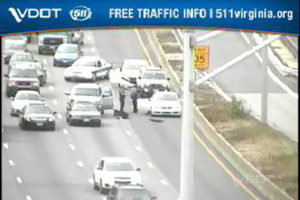 A crash involving multiple vehicles is blocking two lanes of traffic on northbound I-395 near the Glebe Road interchange.

The crash occurred just after 12:10 p.m. today (Tuesday), and traffic cameras show at least two vehicles that appear to be involved in the collision.

As of 12:30 p.m. police and fire department personnel were on the scene and had shut down the two left lanes of NB I-395. No word yet on any injuries.