Two years ago, every major healthcare provider was facing a massive change in the way they would operate when the Affordable Care Act was signed into law, and almost none of them knew exactly what was changing.

Frank Williams was the CEO of The Advisory Board Company — a healthcare consulting firm — when he and his colleagues realized the knowledge gap was not just a burgeoning problem in their industry, it was an emerging market.

“We were going through a massive change of service that was massively complex, and no one knew how to do it,” Williams said. 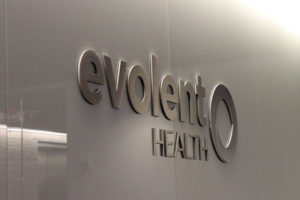 With a $25 million investment from The Advisory Board and the University of Pittsburgh Medical Center, Williams helped launch Evolent Health two years ago, with a mission to help guide medical providers through the changes in America’s health care system.

Now, Evolent occupies two floors of the new 800 N. Glebe Road building in Ballston, and has a satellite office in San Francisco. Evolent serves MedStar Health in this area, IU Health in Indianapolis and Premier Health in Ohio, among other companies.

Even with a $25 million investment, Williams said the hardest part of launching Evolent was convincing healthcare systems that they needed Evolent’s services.

“We’re talking about a significant vision of transforming the whole organization,” Williams said. “How do you convince a MedStar to work with us?”

Ultimately, Williams said, it was not how much money Evolent raised, but from where. The backing of The Advisory Board and UPMC gave it credibility in the eyes of potential clients.

“UPMC is a $10 billion health system,” he said. “That gave us an immense street credibility.” 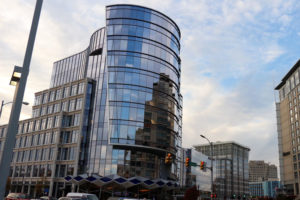 Once Evolent signs on with a client, the work doesn’t get any easier. The big shift for providers with Obamacare, Williams said, is providers have to provide healthcare for a population at large, not at a client-by-client basis. Instead of caring for patients only while they are within a hospital’s walls, the new approach Evolent teaches is continual care, including calling patients to check in on their well-being.

Evolent uses massive sets of data to “engage patients with their health,” Williams said. It also helps companies with risk and financial management and sets up businesses’ infrastructure in the new system.

The new system has found resistance, but that comes with all change. Williams said once doctors, nurses and other healthcare workers see the difference — more time with patients, a focus on wellness as opposed to “filling a bed” — they embrace it.

“Everyone needs to think very differently,” Williams said. “You really have to invest time into it, but I think when people see they can spend a lot more time with their patients, they are excited. It’s very exciting.” 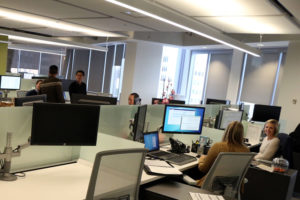 Evolent was being conceived before the Affordable Care Act was even passed, and Williams said the months before it was signed into law were “very wobbly.” Even with the debate in Congress before the recent government shutdown and much of the rhetoric during the 2012 presidential campaign, Williams never thought his company’s future was in doubt.

“People had the view that they wouldn’t have to change [if Obamacare hadn’t passed],” Williams said. “Now, they would acknowledge that people are asking for value, and they would have anyway.”

Today, Evolent has close to 400 employees, many of whom work remotely with the clients in cities across the country. Last month, Evolent announced a $100 million investment from TPG Capital, a firm with more than $40 billion worth of global assets.

Now, Williams is focused on being a leader in the market that is brand new, but a part of the largest industry in the country, healthcare. Even though clients signing up for Evolent have to make a big leap of faith, demand has been high, Williams said.

“Market demand has been there more than we expected,” Williams said. “This is a huge potential transformation in the industry and hopefully much better care for all of us. If we’re successful, we’re truly transforming an industry.”