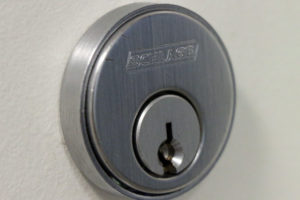 The suspect called a locksmith to open the house on the 3300 block of 5th Street S. After the locksmith allowed him to gain entry, the suspect rummaged through drawers to look for working keys and identification, said police spokesman Dustin Sternbeck.

“That set off an internal alarm for the locksmith, who said he was going to contact ACPD if the suspect didn’t show proof he lived at the residence,” Sternbeck told ARLnow.com. “That’s when the suspect fled on foot.”

The suspect did not take anything from the house, and the house’s occupants — who were not home at the time — were notified and the locks were changed, Sternbeck said. Sternbeck added that it was the first time since he’s been at the police department that he’d heard of a burglar calling a locksmith in an attempt to break into a house.