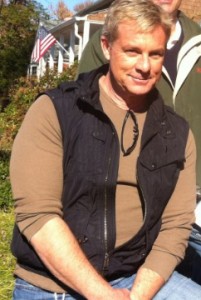 Robert Morris, a prominent local architect and winner of a number of Arlington County Preservation Design awards, has died at the age of 53.

According to his obituary in an Alabama newspaper, Morris graduated from Auburn University with a Professional Degree in Architecture in 1984. He had been influenced at a young age by the historic house he lived in with his family, ultimately prompting him to pursue architecture.

Morris moved to the D.C. area after graduation and founded Morris-Day Architects and Builders soon after. He was well known for his distinctive home designs throughout the metro area, especially in Arlington and McLean.

Morris had been a member of Leadership Arlington and was considered a “bright light” at the organization. He is remembered for his sense of humor and for making people laugh, in addition to how he “worked to make the world a better place.” The organization considers his death a huge loss for the community.

“Rob was an incredibly creative individual and Leadership Arlington benefited from his creativity and from his engagement with his class,” said Leadership Arlington President and CEO Betsy Frantz. “He was always thinking about the next possibility and making the community the best it could be. He had a way of making things happen efficiently and effectively. We’re really going to miss him.”

Morris took his own life on December 29. Family members held a memorial service for him in Alabama last week. The local service for Robert Morris will be held at 2:00 p.m. on February 8 at Lutheran Church of the Redeemer in McLean (1545 Chain Bridge Road).