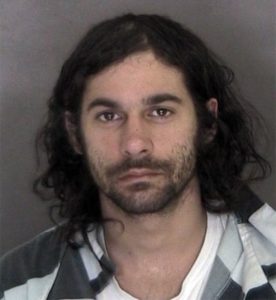 (Updated at 3:10 p.m.) A 69-year-old Arlington man was killed by a fellow climber while rock climbing in Maryland’s Carderock Recreation Area, according to federal prosecutors.

D.C. Crime Stories reports that Bristow, Va. resident David DiPaolo, 31, was arrested in upstate New York and charged with manslaughter in the death of Geoffrey Farrar, of Arlington. The website, run by former Washington Examiner crime reporter Scott McCabe, reports that DiPaolo (pictured, left) admitted to striking Farrar in the head with a claw hammer during an argument and physical struggle at the base of a cliff.

Farrar, a resident of Arlington’s Bellevue Forest neighborhood, was remembered in an online funeral home guestbook as an avid rock climber, sometimes known as “Carderock Jeff.” His obituary initially listed the cause of death as a “rock climbing accident.”