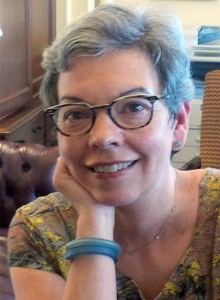 We seem, unfortunately, to live in a world of sound bite politics.

In that world, there are repeated references to “million dollar bus stops” that are supposedly part of a pattern of unrestrained spending and fiscal irresponsibility.

Arlingtonians actually live in a County that has been one of the very few jurisdictions across the country to maintain Aaa/AAA bond ratings from all three major credit rating agencies every year for over a decade.

Moody’s has noted  that “The Aaa rating reflects the county’s strong long-term credit characteristics including a sizeable and affluent tax base, stable and carefully-managed financial operations with sound reserves, and moderate debt position with manageable future borrowing needs…”

While carefully-managed financial operations and fiscal accountability do not eliminate mistakes, they do mean that mistakes can be addressed promptly and aggressively.

Such is the case with the transit stations along Columbia Pike.

The initial implementation of the transit stop project did not meet County expectations. Long before the 2014 election cycle began, it became clear that the prototype being managed by the Washington Metropolitan Area Transit Agency (WMATA) cost too much, was not built quickly enough, and had design problems.

A shelter that did not keep out the rain is clearly not what the County had in mind. As a result, in March 2013, the County stepped in to halt the project.

This week, the County has made changes to the project that cut costs by approximately 40 percent — well below similar enhanced bus and streetcar systems around the country. The County listened to its residents and not only cut costs but made citizen-recommended design improvements. The transit stations will have better seating, provide better cover from the elements and have better access. To provide additional accountability, the County will take over management of the project from WMATA.

Equally important, the community’s vision of transforming Columbia Pike from a deteriorating suburban commercial corridor (as was Wilson Blvd years ago) into a walkable Main Street, as detailed in the Columbia Pike Neighborhoods Plan, remains intact. The redesigned transit stations will provide the accessibility, comfort and technology to accommodate daily ridership that will grow from 17,000 riders to over 40,000 — in what is and will continue to be the heaviest-traveled bus corridor in Virginia.

The upgraded transit stations, similar to those used in most modern surface transit systems, provide for ticket purchases that allow for faster and easier boarding. They show arrival times, giving riders a greater sense of predictability that in turn increases use of transit. They make it easier for new residents and tourists to access the system, and they are touchstones that give pedestrians and riders that they are getting on and off at the correct, well-defined locations.

The new transit station design retains many of the positive features from the prototype while incorporating aspects that will allow the stations to function better for users, to be built more quickly at less cost (and at a lower cost than similar stations in Hampton Roads, Charlotte and Grand Rapids), and maintain flexibility for future expansion if needed.

Arlington continues to be fiscally prudent with funds — even when those funds are not local tax dollars. It is clear Arlington is able to secure funds from other sources to build infrastructure that promotes future prosperity, generates economic activity that pays for our core services and community safety net, and enhances our quality of life.

That’s what a high-performing, fiscally responsible community does and it is a hallmark of how Arlington operates.

Nancy Iacomini has resided in Arlington since 1980 and is currently a member of Arlington County’s Planning Commission. She is also a past member and chairman of WMATA’s Riders’ Advisory Council.