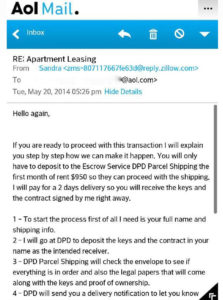 Matthew Leighton, a Realtor with Century 21 Redwood Realty, said he received a phone call from a renter inquiring about a Zillow listing for a a $950-per-month, two-bedroom, two-bathroom apartment in the Station Square building at 1201 N. Garfield Street. The supposed “owner” of the condominium told the hopeful renter that she had moved to England and needed the deposit wired to her.

“Two bedrooms could easily get $3,000 per month at Station Square,” Leighton told ARLnow.com. “I was pessimistic so I asked the renter to send me the email correspondence (the Zillow ad is long gone). The scammer’s emails are filled with grammatical errors and outlines the intricate steps to lease the condo. You could go through almost every paragraph and pick apart the details which poke huge loopholes in this person’s story. Yet people are still responding to these ads.” 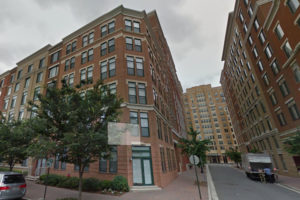 The Federal Trade Commission (FTC) warns that being asked to wire money is the No. 1 sign that a rental scam is afoot. In the case of this scam, the victim was told to wire the deposit, after which a third-party shipping company would send them the key to view the apartment.

Leighton said the renter found him through a listing for another condo in the Station Square Complex and he “genuinely believed” he had gotten a good deal. The lister, however, didn’t provide a unit number, a full name or a phone number.

“Rental scams are out there and it can be difficult to decipher them from real listings,” Leighton said. “When in doubt, if it’s too good to be true, it probably is.” 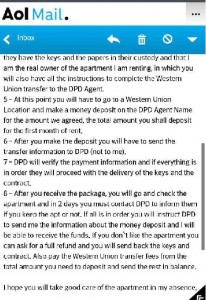 Leighton says rental scams are relatively rare on Zillow, which “is usually pretty good about deleting spam and scam listings.” More prevalent are rental scams on Craigslist, which have been the subject of coverage in national outlets like the Huffington Post.

Another potential Craigslist scam was just called out on the Washington, D.C. sub-Reddit. The alleged scam is an apartment listing that asks prospective tenants to undergo an online credit check — a process that would saddle the victim with monthly fees.

The FTC says that scams can come in the form of both fake ads or real ads where the contact info has been hacked and changed. Red flags include the lister being out of the country and requesting a third-party handle some details or money or asking for a fee or deposit before any documents have been signed. Scammers can be reported to the police or the FTC.