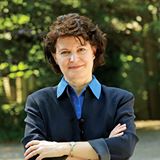 For decades, Arlington has been at the forefront of moving Virginia in a more progressive direction.

Outstanding elected officials like Mary Marshall, Mary Margaret Whipple, Ed Holland, Judy Connally, and Bob Brink are among those who have achieved progressive victories in Richmond. They have also fought harmful legislation that conservative legislators — most recently in the Republican caucus — pushed forward in response to calls for party loyalty regardless of the interests of constituents at home.

As we approach the House of Delegates 48th District Special Election on Aug. 19, I hope we will follow the example set by legislators like Bob Brink and ensure that Arlington’s interests are not sacrificed to partisan conservative interests in Richmond.

We have two candidates for the 48th District who have been longtime residents of Northern Virginia and are known as being personable, professional, civically engaged, and respectful of others.

However, I hope voters recognize that these candidates have some major policy differences on issues that will come up on a regular basis in the General Assembly.

Given that the candidates will have only weeks to communicate their legislative platforms, ideas, and perspectives with voters in the 48th District, I thought it important to highlight a few of their policy differences.

Rip believes our national parks, like Great Falls, are sacred grounds where we should be able to run, hike, swim, and picnic without the fear of a gun discharging. Dave has said he wants to eliminate the ban on carrying firearms in national parks.

Rip believes that reproductive health decisions should be left to a woman and her doctor, and that the government has no business interfering. Dave has said he opposes abortion and that Roe v. Wade was a case of “judges imposing their will.”

While serving on the Virginia State Board of Education, Dave Foster resisted SOL reform that would have made common sense adjustments to state testing requirements. Rip Sullivan supported the 2014 law reducing the number of standardized tests and providing more flexibility to localities and teachers to determine how best to ensure that students are learning the necessary curriculum.

Dave has called Ken Cuccinelli a “great legislator,” and supported Cuccinelli for attorney general in 2009 and governor in 2013. He has endorsed and financially supported Virginia Tea Party leaders and is former chair of GOPAC-Virginia, a fundraising arm of the Republican National Committee.

I have no doubt that Dave Foster is running with the best of intentions. But I believe these views are wrong for Virginia and wrong for the 48th District.

In Richmond, Rip Sullivan would fight to overcome climate science deniers, create jobs through clean technology and energy innovation, help grow our economy by expanding workforce training programs, and increase access to capital for small businesses. He will work to end discrimination on the basis of gender or sexual orientation and support full marriage equality. He also recognizes that it is important to address transportation problems if we want a thriving economy. Moreover, Rip Sullivan will work to expand access to health care for all Virginians.

Rip will be talking with voters across the 48th between now and the Aug. 19 special election. Please visit his website for more information — www.RipSullivanForDelegate.com,

Barbara Favola (D) represents the 31st District in the Senate of Virginia (Parts of Arlington, Fairfax and Loudoun).