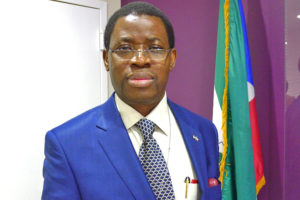 The ambassador of Equatorial Guinea to the U.S. is the prime suspect in a reported assault in an Arlington home Monday night, police told the Associated Press.

As ARLnow was first to report based on a tip, a girl was beaten in the country’s diplomatic residence in the Dover-Crystal neighborhood, but no arrest was made because the accused attacker, Ruben Maye Nsue Mangue, has diplomatic immunity, Arlington police said.

Police responded to the 4000 block of 27th Road N. about 9:30 p.m. Monday after a female 911 caller said a man “hit her in the head with a chair,” and “there’s someone going crazy at her house,” according to scanner traffic.

The female victim was struck “several times,” police said Tuesday, leaving her with a head wound. She was transported to Virginia Hospital Center.

Reached at the diplomatic residence, Rebeca Maye, who identified herself as Nsue’s secretary, said the ambassador’s 16-year-old daughter was released from the hospital Wednesday. “She’s fine,” she said. 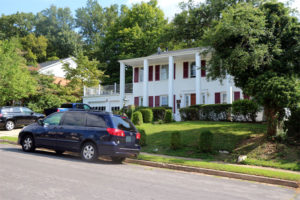 Nsue did not respond to multiple inquiries.

The ambassador has protections as a member of a foreign diplomatic mission, the State Department and police said.

“The subject has full diplomatic immunity and was not arrested,” ACPD said in a crime report issued Tuesday.

The U.S. State Department has informed the government of Equatorial Guinea of the reported crime and expects a response next week, a department representative said.

Governments can waive diplomatic immunity, as officials in the nation of Georgia chose to do in 1997 after a diplomat from the Eurasian country struck and killed a Maryland teenager in a crash after a night of drinking.

Photo via Flickr/Embassy of Equatorial Guinea