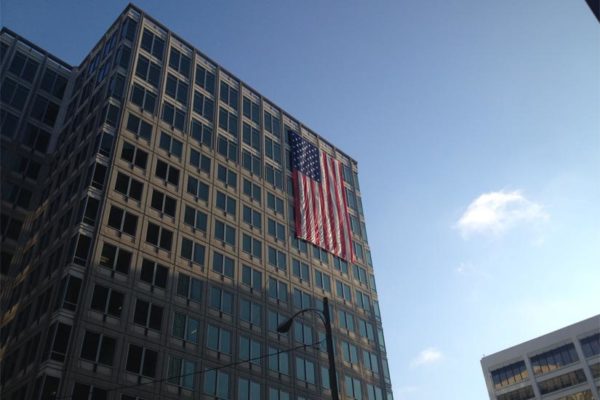 Arlington Prepares for 9/11 Anniversary — Already, flags have been hung on the side of a number of buildings in Rosslyn (photo, above), in anticipation of Thursday’s 9/11 anniversary. Arlington County will mark the anniversary of the 2001 terrorist attacks with a wreath-laying ceremony at Courthouse Plaza (2100 Clarendon Blvd) at 9:30 a.m. [Arlington County]