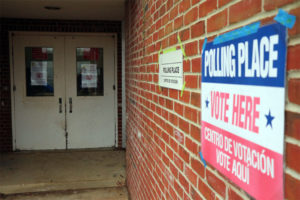 Arlington County taxpayers will be asked to approve $218.7 million in general bond obligations at the ballot box on Nov. 4.

The big-ticket question in that referendum will be $105.7 million for Arlington Public Schools, $50.25 million of which will pay for either a new elementary school adjacent to Thomas Jefferson Middle School, or additions onto Randolph and Barcroft elementary schools.

The voting public can only vote to approve or reject to each of the four bond questions on the ballot — for public schools, Metro and transportation, parks and recreation funding and community infrastructure. Each question requests at least $13 million in funding, and all of the referenda roll multiple projects into the larger categories.

The items in the $105.7 million schools bond, aside from the $50 million elementary school, are:

The funding items in the $59.74 million transportation bond question:

The biggest items in the $40.15 million community infrastructure bond are:

The Arlington Chamber of Commerce has endorsed the transportation and education bond packages, with assurances from county officials that the additional debt  won’t affect the county’s triple-AAA bond rating. The chamber doesn’t take a position on the community infrastructure and parks and rec bonds because they “are not directly tied to economic development.”

“Maintaining and improving quality transportation and education are two of the key components of our public-policy positions, and these bonds will assist in easing the traffic crunch and provide seats for Arlington’s growing student population,” Chamber Chair Timothy Hughes said in a press release.