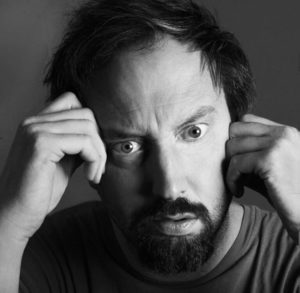 Tom Green — the comedian best known for the 1990s MTV program “The Tom Green Show” and “putting his bum” on things — is scheduled to perform stand-up comedy at the Arlington Cinema & Drafthouse (2903 Columbia Pike) in December.

Green gained notoriety in the ’90s for his talk show, which the Drafthouse promo for his performances says “paved the way for shows like ‘Jackass, ‘Punk’d’ and ‘Fear Factor.’ With its guerrilla video tactics and outrageous stunts, it was unlike anything that had been seen before.”

Green also had prominently roles in movies like “Road Trip,” “Stealing Harvard” and “Freddy Got Fingered.”