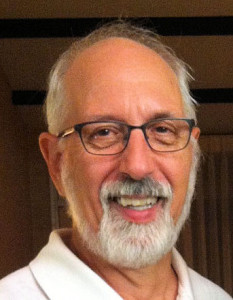 The Sierra Club of Virginia has endorsed Alan Howze for Arlington County Board in this November’s election.

Although the streetcar system (which the Sierra Club supports) is often cited as the determining factor between the two candidates, the Sierra Club does not endorse based on one issue or position. Instead, we look for the best environmental candidate across a range of issues, including clean air, energy efficiency, open space, recycling, smart growth as well as transportation as a whole.

Before endorsing Alan, we looked at Alan’s written statements, interviewed Alan, and reviewed his environmental work. Based on that review and his impressive accomplishments, we chose to endorse him.

We previously endorsed Alan when he was one of two 2010 Democratic primary candidates (together with current Del. Patrick Hope) we supported for the then open 47th District seat.

Since 2010, Alan has continued to work for sound environmental initiatives — ones we believe will make him a Board member who will make decisions to support a more sustainable Arlington.

For example, Alan has actively supported expansion of the Arlington ART bus service and Capital Bikeshare stations, both adding to residents’ transportation options. As a member of Arlington’s Fiscal Affairs Advisory Committee, he supported the Complete Streets program that makes Arlington streets accessible for pedestrians, bikes and vehicles.

Alan has spoken out about the need to address global warming and the threat that it poses to Arlington, including critical infrastructure such as National Airport and the Water Pollution Control plan. He knows Arlington can’t solve this issue on its own — but that we can take concrete action in our community to reduce carbon emissions and make our community more resilient.

Professionally, Alan has participated in a number of initiatives evidencing to the Sierra Club his deep environmental commitment.

Alan started his own energy audit firm to help homeowners make decisions that benefit the environment and save money. He worked on IBM’s Smarter Planet program, which helps the public sector create energy efficiency systems. He has worked for Virginia’s Natural Resources office and on the implementation of the Kyoto Protocol.

Alan understands the need for smart growth and the importance of matching smart growth with policies to protect and expand committed affordable housing. The Sierra Club has guidelines for local activists on affordable housing and neighborhood redevelopment to help guard against gentrification. Alan demonstrated a commitment to helping retain affordable housing and replacing market-rate affordability with committed affordability that protects those units for the next 20 or 30 years. Making sure people living in the affordable units have adequate public transit is part of our guidelines.

The local Sierra Club group (named the Mount Vernon Group, but consisting of members in Arlington, Alexandria, Falls Church and eastern Fairfax and Prince William Counties) endorsed in 2007, and continues to support, the planned streetcar system that will include Arlington, Fairfax County and, eventually, Alexandria. We expect that the system will ultimately be part of a broader regional system.

Our 2007 streetcar review led us to believe that a streetcar system starting at Bailey’s Crossroads and running down to and through Crystal City was the best long term transit option for the growth that was sure to take place on the Columbia Pike and Route 1 corridors.

We looked at that decision again in 2012, when Arlington prepared to submit an application for federal funding. Although Arlington is no longer seeking federal funding, based on our 2012 review, our conclusion remained that the streetcar is the right option. The corridor already has the heaviest bus transit in all of Virginia and BRT simply is not suitable for the streets that will comprise the system. Only the streetcar will meet long term capacity requirements. And we will get a cost-effective system that is expandable and fits within the regional transit structure.

A plus in Alan’s column was his decision to support the streetcar and leveraging substantial funding from other sources to complement the $130-$140 million in dedicated transit funds that Arlington will use to pay for its portion of the build.

But it is his overall environmental record that places him head and shoulders above the competition and convinced us he would be an outstanding County Board member.

Rick Keller is (Robert C) Keller is the Chair of the Mt. Vernon Group, Virginia Chapter, Sierra Club. He is retired from the U.S. Department of Labor and has lived in Arlington since 1960.