As Arlington County embarks in 2015 upon the “Arlington Community Facilities Study — a Plan for the Future,” there are echoes to two past Arlington initiatives that charted successful paths forward that served the County for decades, brought the community together, and provided opportunities for Arlington residents to learn more about their County and become more involved in civic life.

The Arlington Public Schools Futures Planning Process of the early 1990s identified a set of community values to guide our public school system. In addition to setting out those values, the Futures Report built upon the notions that: to pursue a high quality education, students require appropriate classroom space; and we must ensure that all Arlington students receive high quality instruction.

Arlington’s blend of urban corridors and strong residential neighborhoods resulted from a mid-1970’s initiative known as the Long Range County Improvement Program (“LRCIP”). Through that initiative, a divided County achieved a consensus that guided Arlington’s revitalization, growth and development through successive periods of Democratic-endorsed, Republican, and Democratic majority County Boards.

Our interview with Joe will form the basis of a series of Progressive Voice columns during this year when County residents again have the opportunity to work together on charting a successful path forward for our County.

Progressive Voice: Why was LRCIP organized?

Joe Wholey: Joe Fisher (then a County Board colleague and later elected to the U.S. House of Representatives) and I wanted to look beyond the day-to-day government activities. We wanted a process that would set realistic goals and attend to likely costs and revenues. By calling it the Long Range County Improvement Program we meant that anything you could do in the next budget was not eligible; rather, we looked at a 2-20 year planning horizon.

PV: What motivated you to consider LRCIP? 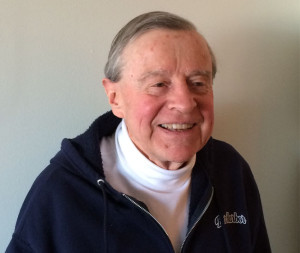 JW: Metro was coming. Arlington had already decided to align new high-density development with the Metro stations and preserve most of the rest of the County pretty much as it had been. We looked at what we could do within walking distance of those stations. Our supporters were slow growth or no growth people. That was an option we explored. We also explored development under existing zoning; intensive commercial development (office buildings and hotels); and intensive residential development (high-rise apartment buildings). Arlington was losing population in those days, commercial areas like Parkington (now Ballston) were going under and people were shopping instead in Fairfax County. We had problems, but with Metro coming, we had the opportunity to explore how best to respond to diminishing population, shrinking school enrollment, and declining commercial areas.

PV: How did your Committee gather input?

JW: We had 10 committee members who worked with long-range planning staff dedicated to the committee, consultants, and other resources to put before the public a set of facts and realistic projections. By the spring of 1975, we had already started publishing “The Citizen,” and we devoted an entire issue to information on community services and public needs; land use trends; housing prices and rents; population trends; school enrollment; employment; transportation; tax levels; and costs for public services and capital improvements. We announced a series of over 50 community meetings to let people know what was going on. We also provided ways for residents to get additional information and provide input over a two-month period.

PV: What do you see in the County making it worthwhile to try something similar now?

JW: We need to come back together even where we disagree. I think that is attainable. After all, our supporters at the time were slow growth/no growth people but came to see the wisdom of intense development near the Metro stations to produce new revenues and thereby restrain taxes on existing residences. I applaud the idea of trying to get a fractured community — advocates for schools, parks, affordable housing, business and other causes — back together to move the county ahead. They are all good people and we can accommodate their goals if we work together, keep an open mind, and explore our options creatively in a time of limited resources.