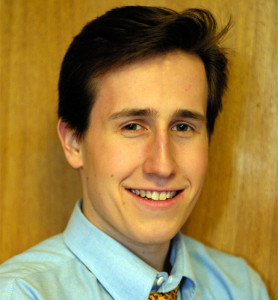 (Updated at 5:00 p.m.) “Sorry young feller, but Arlington is an expensive, highly desirable part of the region. You’re just going to have to start farther away, then move up after you’ve saved money, the old fashioned way” – Online commenter “JMosesBrowning”

A month ago, I penned an op-ed for the Washington Post wherein I observed how Arlington is becoming an increasingly unaffordable place for young professionals to live. That is a change from when my mother moved here in the mid-1970s.

That’s bad news for “millennials” like me, but it’s potentially worse news for our County.

“JMosesBrowning” is one of many online critics who might be surprised by how much I agree with their sentiments. Like prior generations, Millenials are happy to start small, build equity, work hard, and climb the ladder. But Arlington seems to be missing a couple of rungs in the ladder.

When you compare median income for young professionals in DC against median rental and mortgage costs, we can barely afford to rent here, let alone buy. And that’s before you take into account student debt and wage stagnation.

The suggestion of critics that we “move farther away” creates more problems than it solves. Even setting aside the issue of regional sprawl, Arlington should want millennials to stay in the county. Young professionals typically pay more in local taxes than they use in services — especially those without school-age children.

Moreover, when millennials move “farther away,” they move much farther, to urban centers with which Arlington must compete.

Rather than migrating to exurbs like Leesburg or Bowie, millennials are moving to urban centers like Baltimore, Cleveland, and St. Louis. Between 2000 and 2010, all three of these cities saw greater percentage growth in the population of people ages 25 to 34 than did the Washington metro area.

Indeed, millennials are eschewing a car-centric suburban/exurban lifestyle. As of 2011, fewer people age 16-24 had driver’s licenses than at any point in the past 50 years. We instead seek out “dense, diverse, interesting places that are walkable, bikeable, and transit served” according to Joe Cortright, an urban economist who heads the City Observatory think-tank.

This shift isn’t a passing fad. Rather, it represents a growing recognition of unaffordable and unsustainable aspects of car-based living. In fundamental ways, this preference is a return to earlier migrations to cities. Over the course of American history, suburbanization was actually an aberration. In many ways, we’re being “old fashioned.”

The importance of this shift to Arlington’s competitiveness cannot be overstated. One need only look to Marriott’s announced relocation from Bethesda of its corporate headquarters. Marriott’s CEO cited the need to attract talent — “as with many other things our younger folks are more inclined to be Metro-accessible and more urban. That doesn’t necessarily mean we will move to downtown Washington, but we will move someplace.”

With its density, educational attainment, schools, diversity and walkability, Arlington is well positioned to attract millennials and companies like Marriott that depend on a diverse workforce. Keeping those companies and workers will, however, require addressing housing affordability.

As federal dollars dwindle, the D.C. economy has actually shrunk. Arlington has felt the pinch, with almost 29 percent of office space in Rosslyn and 23 percent in Crystal City vacant. To counteract federal cuts, we must diversify.

Economic necessity should be reason enough for our county to address housing affordability.

But so should the values that have made Arlington successful. Through farsighted planning, we have developed attractive urban corridors while preserving neighborhoods outside those corridors. Now we need equally effective policies to ensure that Arlington can attract and retain an innovative workforce.

So what are our values today? We want to be an inclusive community where talented people of all ages, races, creeds and income levels feel welcome. Someone who grows up in Arlington should be able to stay, raise a family, and age in place. We want a community that fosters economic mobility. That means rebuilding ladders to prosperity. By addressing housing affordability, we can put these values into practice and sustain our success tomorrow and for decades to come.  That’s an important task for all of us in Arlington.

Harrison Godfrey is a life-long Arlington resident and Democratic precinct captain for the Lyon Park neighborhood. A graduate of William & Mary and former White House legislative aide, Harry works on clean-tech policy at the state and Federal levels.