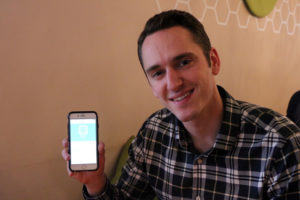 (Updated at 1:40 p.m.) Bobby Vanzetta has a notebook he keeps with ideas for new businesses, apps and other possible creations, but for the last few years, one has become his singular focus: an iPhone social picture game.

Vanzetta is the mind behind PicIt!, which allows users to take a photo, turn it into a riddle game and share the game with friends. The game was born while Vanzetta was a senior at James Madison University. Now, Vanzetta is 25 years old, living in Ballston, working in I.T. sales and his app has been on the iTunes store for two months.

“It starts a conversation,” he said over coffee at Buzz Bakery, near his home, last week. “It appeals to a lot of different people. When people share games, it’s more personal than a Snapchat or Instagram. You might not know who’s looking at your snap, but you when when people are playing your game.” 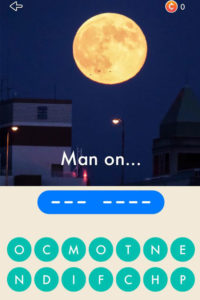 PicIt! syncs with Facebook, allowing those with iPhones to share their created games with their friends. Anyone with the game can take a picture or use one already on their phone. They can add filters to the picture, draw on it and create a game.

Games could be an inside joke among friends, Vanzetta said. You can watch a movie, take a picture of a scene and see who can recognize it. Or you can take a photo of a landmark and ask “where am I?”

The app is free, but Vanzetta has employed a “freemium” model, one in which he generates revenue with in-app purchases. Users can buy more colors to draw with, more filters, lifelines for multiple guesses or hints. They can also buy coins directly to use for in-app purchases.

Vanzetta said the app appeals to people who like to think creatively and interact with their friends in different ways.

“I like sending and receiving creative games that make you think,” he said. “My friend sent me some meat on the floor. The answer was ‘ground beef.’ It’s simple but at the same time creative and fun.” 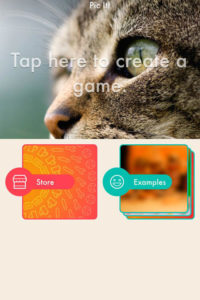 Vanzetta was able to raise $50,000 for the app from friends and family, took out a $60,000 loan and invested $30,000 of his own money toward development of the app — he used a Reston company, Savvy Apps, to help build it — and what will become a viral marketing campaign. He already paid one Twitter account with more than 100,000 followers to tweet about the game and had his biggest download surge yet.

The full app launched in February, and, as of Friday, it had 750 downloads. He hopes to get to 10,000 downloads — what he thinks is a “critical mass” for a freemium app — within three months.

“The freemium business model, 1 percent of people give you 60 percent of your revenue,” he said. “You get your core users” and they drive the business.

Vanzetta said he plans to add features — video games, an Android version and game rankings are all on his mind — and he’s “constantly iterating.”

He hopes he can quit his day job and become a full-time app company CEO, but Pic It! is not the be-all, end-all for him. He has that notebook of ideas, and he wants to work his way through it.

“I can’t wait for that moment where it makes sense to leave my day job,” he said. “Some people have their own baby idea. I’m happy to sell this off when and to whom it makes sense, and jump to the next thing.”