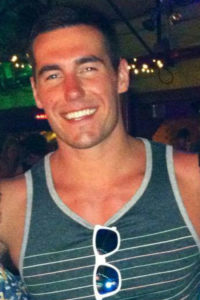 The driver of the SUV that crashed in the early hours of April 16 by the Key Bridge has died.

According to Edwards’ obituary, published in the Washington Post on Friday, he was 26 years old, a former member of the United States Coast Guard and had worked as a personal trainer at Fitness First and Gold’s Gym in Arlington.

Edwards went by “J.R.” and grew up in Jacksonville, Fla. According to Sternbeck, alcohol and speed were factors in the crash that resulted in Edwards being ejected from his GMC Yukon at the intersection of Ft. Myer Drive and Lee Highway.

He was taken to George Washington Hospital, where he remained in critical condition for at least a day before he succumbed to his injuries.