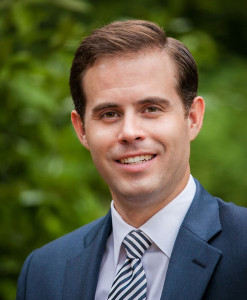 Metro is one of Arlington’s most valuable assets and a key to the county’s continued progress. At a time of high commercial vacancy rates, it is increasingly important to our economic future that Metro is a reliable, high-quality transit system.

However, as anyone who rides Metro knows, the system remains in need of repair, upgrades, and additional capacity even after improvements made through several years of more intensive maintenance.

That is why the decision by the Republican-led U.S. House of Representatives Transportation, Housing and Urban Development Appropriations Subcommittee to slash WMATA maintenance funding from $150 million to $75 million is extremely troubling for our county and region.

If this is a political statement or an attempt to send a message of disapproval to WMATA, such action should be viewed with outrage by residents of Arlington and Northern Virginia.

Now is not the time for political gamesmanship and punitive measures. Rather, we need a concerted effort to preserve Metro’s strengths, fix Metro’s problems, and recognize Metro’s major contribution to our region’s transportation and economic goals.

If the goal of reducing Metro funding is to ensure WMATA “is making significant progress in eliminating the material weaknesses, significant deficiencies, and minor control deficiencies” as the bill also requires, cutting the funding to achieve these goals in counterproductive. The regional economy and safety of individuals should not be so jeopardized.

The Rail Safety Improvement Act of 2008, which authorized $1.5 billion for WMATA over ten years — or $150 million a year – is a federal commitment that should be honored. It is money that was dedicated seven years ago to improve Metro services, specifically the safety of passengers. Additionally, in response to this federal commitment, Virginia, Maryland and the District agreed to match the federal funding with $50 million each in additional annual funding. This bipartisan support for Metro was and is a vitally important demonstration of federal and state governments working together to advance a key transportation priority.

Any attempt to reduce the federal share of this money undermines critical maintenance and safety improvements that need to be completed. It is imperative that the Republican leadership of this subcommittee, the full committee and the House of Representatives heed the bipartisan advice of Congressional leaders in Virginia (including our own Congressman, Don Beyer), Maryland and the District.

With Metro’s Momentum Plan on the horizon, the Potomac Yard Metrorail Station process underway, revitalization of Crystal City and Pentagon City, additions along the R-B Corridor, I-66 improvements with a focus on transit proposed, and new apartment buildings popping up along Metro corridors that will increase ridership, we need to ensure that WMATA is actively improving maintenance, enhancing capacity, and ensuring the safety of its riders. This requires that the federal government remain a full partner with the Commonwealth and our neighboring jurisdictions in funding Metro.

The WMATA Board also has an opportunity to address operations and management issues in hiring a new General Manager and CEO. This person needs to be a stalwart of efficiency and maximizing Metro’s upgrades with available funding to prepare Metro for future realities. They must also be given a chance to succeed through the full allocation of federal funds.

Local officials and transportation planners across the nation have invested in transit because of the economic and quality of life benefits that it provides. Transportation planning relies on several factors — including a vision of which modes of transportation will be relied on in the future. In our region, we know Metro is one of those modes. Metro improves our economic health and activity by increasing connectivity among people, goods, jobs, and housing. If our transit system gets shortchanged in budget decisions, service will deteriorate, safety may be compromised, and our economy will suffer the consequences.

Is Metro perfect? No. Does it make sense to decrease funding at a time when the system is in transition and has made significant maintenance improvements? Absolutely not. Let’s hope that the THUD Subcommittee members see the danger of their proposal and makes the right decision for Arlington and the rest of the D.C. Metro region by restoring full Metro maintenance funding.