The first Eastern Foundry Cup, a three-day event, begins on June 18 and leads up to a demo day, where 14 companies will present their ideas for a new product or service to help battle PTSD. A panel of three judges will select the two best ideas. 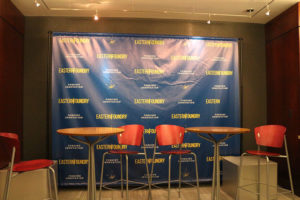 Each company will have seven minutes to present and three minutes for a question and answer session with the judges. The event is open to the public and attendees will be able to vote for their favorite service or product.

While the event is a competition, Orazem said he hopes the 14 companies will work together to blend their ideas on helping PTSD.

“We really wanted to take a holistic view on what the veteran needed,” he said.

PTSD is a multi-dimensional issue, Orazem said. While many people see it as a purely psychological issue, the disorder affects multiple areas of a person’s life, including family life, employment and for veterans, reintroduction to society. 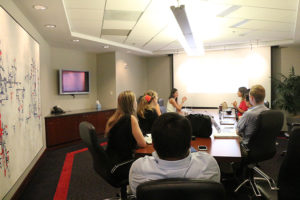 Other issues that come with returning from service and PTSD can include anxiety, sleeping problems, drinking problems and family issues, which all start compounding, Orazem said.

“With so many problems people have, it’s treated as a single issue… There are a lot of dimensions that have to be thought of as a total,” he said.

One of the companies uses virtual reality to help those with PTSD overcome panic attacks. Others have services that will speed up or improve therapy veterans receive for PTSD.

While the main event is the competition, the companies will also get to have two days of educational activities. Eastern Foundry is bringing people from the Veterans Affairs and PTSD experts, as well as business experts to help the companies perfect their services and strengthen their companies.

The two days also provide networking opportunities for the competitors to meet each other and people who can help them further their companies.

“You will see a lot of interaction between the [the competitors],” Orazem said. 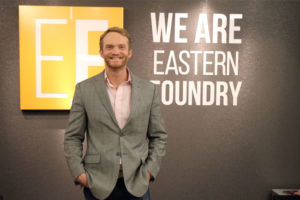 He also said he hopes there will be interaction among the competitors and the audience members.

“I really hope to see guys who were Vietnam vets, Korea vets, who have been struggling with these ideas [PTSD] for 30-40 years, can come and engage,” Orazem said.

The event is also to help get the smaller companies to connect with larger companies or with the government to help them secure contracts they otherwise wouldn’t have the opportunity to grab, Orazem said. Looking down the road, he would like to see the competing companies win government or medical contracts in at least six months, he said.

The event is just the first for Eastern Foundry. The company also plans to hold another one next fall. Orazem said he plans to continue to hold these cups, possibly with PTSD as a topic again.

“We’re really excited about this becoming a recurring event,” he said.