(Updated at 5:45 p.m.) When Pentagon City resident Phil Gattone was four years old, he had his first seizure.

Then another one and another until it resulted in thousands of seizures, two brain surgeries and a diagnosis: epilepsy.

“No one really understood what I was going through except my parents, friends and family,” Gattone said. 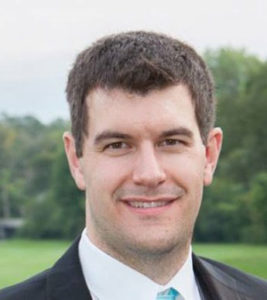 Gattone said he was able to overcome epilepsy and live a normal life thanks to his support system, but for many with the disease, the lack of the support system can be damaging.

But Gattone may have a solution for those with epilepsy struggling without a support system. It’s an app called Neurish.

Gattone, the CEO and co-founder of Neurish, and his team are working to create an app that connects people with epilepsy with doctors but more importantly, to other people with epilepsy. The app is still in development, but Gattone said he hopes to have it out by the end of 2015.

“It’s a social network for people with epilespy,” Gattone said of the app. “We provide a map for all the epilepsy resources around you.”

Along with Gattone, the Neurish team includes lead designer Elisha Phoenix and three mobile developers: Nick Cowat, William Judd and Ross Chapman. The team met at a hackathon last April, where they were faced with the task of creating something to help people with epilepsy. After the hackathon, they took their idea to Neurolaunch, an accelerator program for startups dealing with neuroscience. The company has been on a fast track and has entered development, Gattone said.

One of the key features of the app is the mentorship program. People who are struggling to live a normal life with epilepsy will be connected with someone who is leading a normal life.

“By providing the mentorship program, we’re turning the mood [around epilepsy] from a negative one to a positive one,” Gattone said.

One of the biggest barriers to building a support system is that people with epilepsy often don’t want to talk about it.

“When you’re diagnosed with epilepsy, it’s hard to build a support system,” Gattone said. “One of the reason is there is still a lot of stigma with it.”

People don’t always know how to help when someone has a seizure, and talking about having the disease can lead to consequences, Gattone said. Some people won’t hire those with epilepsy and having a seizure can mean not being able to drive. In Virginia, residents with seizures have to show they have been seizure free for six months in order to have a license.

“There’s a lot of fear with talking about it,” Gattone said. “And if you don’t talk about it, it’s hard to build a support system.”

The app will also allow people to find nearby neurologists and epileptologists, neurologists that specialize in epilepsy, to help them find new doctors. The company is currently reaching out to doctors to ask them to publicize the app and to be featured on it.

Gattone and his team want to be able to provide a list or map of doctors, he said. However, with the app still in development, he is not sure the exact format.

The goal of the app is to connect people with the doctors and others with epilepsy so they can lead better lives, Gattone said. It’s unique because it addresses the social concerns of epilepsy instead of focusing only on the medical problems that come from the disorder.

“Our mission is just to improve the lives of people with epilepsy,” Gattone said.