Arlington County Police are looking into whether pair of sexual assaults over the weekend are linked to a sexual assault in Courthouse last month.

Over the weekend, two women, both in their late 20s to early 30s, were grabbed from behind and tossed to the ground. The crime and the suspect descriptions in both cases are similar to that of the assault in Courthouse on July 24, said Arlington County Police spokesman Dustin Sternbeck.

“We’re not saying it’s the same guy at this point, but there are some similarities in terms of the attack and the suspect description,” Sternbeck said. 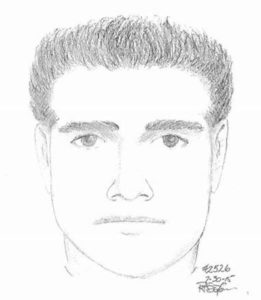 The first attack happened at 8:45 p.m. on Friday. A woman was running alone on the W&OD trail when a man grabbed her from behind and threw her to the ground, according to a police report. The woman screamed causing the man to flee.

“The suspect is described as a Hispanic male in his twenties, approximately 5’6″ tall and 140 lbs. He was wearing long gray shorts, a belt, and no shirt at the time of the incident,” according to a police report.

On Saturday, at 11:26 p.m., a 25 year-old woman was walking near the intersection of N. Thomas Street and N. Pershing Street in Buckingham when a man grabbed her from behind and threw her to the ground. The man allegedly touched the woman inappropriately, and she bit one of his fingers and he fled, the police report said.

“The suspect is described as a Hispanic male, between 5’0″-5’3″ tall, with black hair and a mustache. He was wearing a gray t-shirt and jeans at the time of the incident,” according to police.