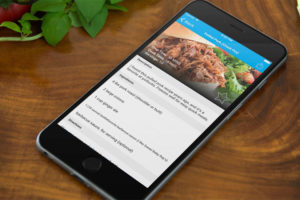 A Courthouse resident has created an app to help people save recipes they find online.

All clipped recipes are saved to the app and can be accessed on phones, tablets or the computer. The app is available for free on both iTunes and Android markets.

“It’s your mom’s recipe book that always has the right recipe,” Jones said.

The idea came from personal experience, he said. Jones enjoys cooking with his wife, but he found recipe saving websites, like Pinterest, inadequate. So he decided to build an app that would make it easier to clip recipes. The app was released late in July and it has been downloaded a couple hundred times, Jones said. 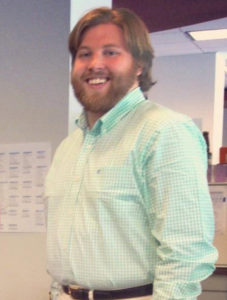 The app reformats each clipped recipe with a clean font face and easy-to-read layout instead of linking to or taking a screenshot of the original recipe webpage. The app was designed with the user in mind, Jones said.

“There are so many apps in the marketplace so it drives developers to be creative and think about what their users want,” he said.

With a focus on user experience — or UX — developers are constantly focused on improving the app to fit what people want, Jones said.

“It’s always about what’s best for the users,” he said.

Jones is already thinking about updates he will make. One idea is the ability to create an account and log in with an email address instead of using Facebook or Twitter. Another is making the sharing of recipes easier. He is also playing with the idea of creating a recommended recipe addition, where the app would recommend recipes for users to try based on the recipes they have saved. 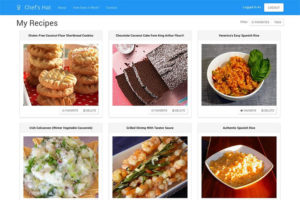 “I think there are a lot of possibilities with this app,” he said.

Another potential addition is advertising. He prefers to use “purpose driven advertising,” instead of the “annoying” banner ads, he said.

While Jones says he will not use banner ads, he did say that he consider options for publishing promoted posts, such as partnering with a food blog or company that could promote recipes on the app. He is also considering premium features for the app, he said.

“I see this potentially as an app for cooks and amateur cooks,” Jones said.