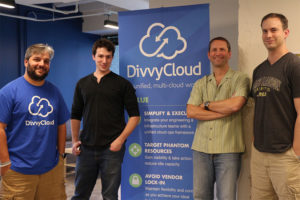 (Updated at 4 p.m.) A new Rosslyn company is making cloud servers safer by finding security problems and fixing them.

The introduction of cloud server systems, like Amazon Web Services, Google Cloud and iCloud, presented a problem for companies and information technology consultants.

The cloud allowed easy access to a company data server without having to go through IT personnel. Not going through IT meant there were more security holes and fewer ways to check if the company was using the server in the most cost effective manner, said Brian Johnson, the CEO and co-founder of Divvycloud, a company now based in Rosslyn.

In order to fix these gaps, Johnson and Divvcloud’s two other co-founders, Chris DeRamus and Andrew Mann, created a cloud server monitor in order to find security holes and close them.

Before the cloud, IT personnel would have to give people access to a company server if they wanted to use it outside of the office, such as from home or at a coffee shop. Once a person was done with the server, IT personnel would close the hole left from giving access, Johnson said. 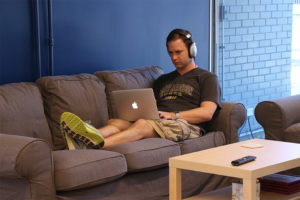 A hybrid cloud server is a two part system where some company data is hosted on a public cloud, like Amazon Web Services, and other company data is hosted on a private cloud that can only be accessed within that company. Once hybrid cloud servers were introduced, employees could access the server without going through IT, which meant access holes were left open. Divvycloud’s system can find these holes and automatically close them.

Divvycloud’s system allows companies to have all the perks of a cloud system while making sure the organization’s interests are protected, Scott said. The system also looks at cost effectiveness and server capacity in order to allow a company’s cloud system to run faster, be safer and cost less.

“We help organizations manage multi-hybrid cloud in a way that delivers of the promise of cloud in terms of agility, cost effectiveness and speed, but still allows IT to keep the system secure,” Scott said. 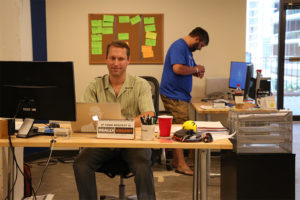 The two-year old company recently moved to a new office at 1400 Key Boulevard in Rosslyn from its original location in Tysons Corner. The move was sparked by the need to recruit, Scott said.

The company wanted to tap into the pool of developers in the D.C. area and those coming out of the area’s colleges.

The company is currently hiring, and it is looking for people who will be a fresh perspective and can challenge the founders’ vision for the company, he said. People should be excited about the company and not just about having a job.

“We need to build a company that people want to work for,” Johnson said.

The company’s job openings are currently on its website, and Scott and Johnson said that people can always shoot an informational email to the company to ask about the positions.

“You never know where you are going to find the perfect fit,” Johnson said. “And they are really hard to come by.”