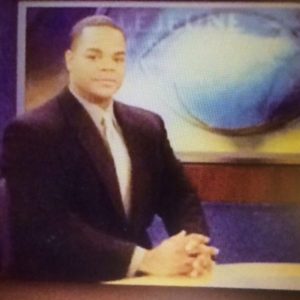 Update at 2:35 p.m. — Flanagan was pronounced dead at Inova Fairfax Hospital at 1:30 p.m., authorities said. Following the shooting this morning, he sent a suicide note to ABC News.

The male driver is believed to be the same male subject who shot three people this morning in Franklin County during a television news interview.”

Earlier: The suspect in the murder of two television journalists near Roanoke this morning may be heading for the D.C. area.

A lookout for the suspect, Vester Lee Flanagan II, was broadcast to Arlington County Police earlier this morning. The lookout said the suspect was armed and dangerous and believed to be heading to the D.C. area.

An ARLnow.com reporter also overheard officers talking about the suspect and the possibility he may be heading to the area at a public event this morning.

According to various news reports, Flanagan is the suspect in the shooting death of WDBJ7 photographer Adam Ward and reporter Alison Parker during a live television broadcast this morning.

Flanagan is reported to be a former WDBJ7 reporter who went by the name Bryce Williams. Just after 11 a.m., a Twitter account associated with Flanagan posted accusations of workplace mistreatment along with two horrific first-person videos of the shooting.

Flanagan is described as a black male, 6’3″ tall and weighing 250 lbs. He was last seen driving a gray, 2009 Ford Mustang according to the police lookout, but some reports suggest he might have since switched vehicles.

#BREAKING: Man suspected of killing two WDBJ7 employees kills himself on I-66 in Fauquier Co. http://t.co/XLx3pS2I5X