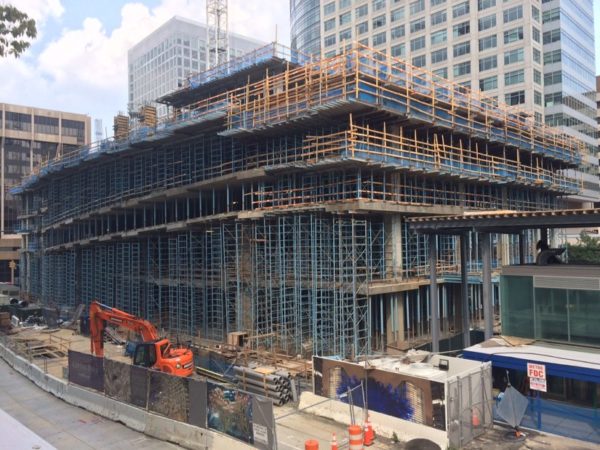 Petition to Rename DCA Nears Goal — A petition to rename Reagan National Airport “Washington National Airport” has gathered nearly 70,000 of its goal of 75,000 signatures. The petition is a progressive group’s response to Republican outrage over President Obama’s renaming of Mount McKinley to its original name, Denali. [CREDO Action, Washington Post]

Meeting on Hospital Expansion — Arlington County and Virginia Hospital Center officials are holding a meeting tomorrow (Wednesday) night regarding a proposed land swap between the county and VHC, which would allow the hospital to expand. [Arlington County]

Back to School, Back to Traffic — Arlington Public Schools students, along with students in other Northern Virginia localities, are returning to school today. Thanks to the influx of school buses and commuters returning from vacation on the roads, the first day after Labor Day is dubbed “Terrible Traffic Tuesday” by AAA Mid Atlantic.