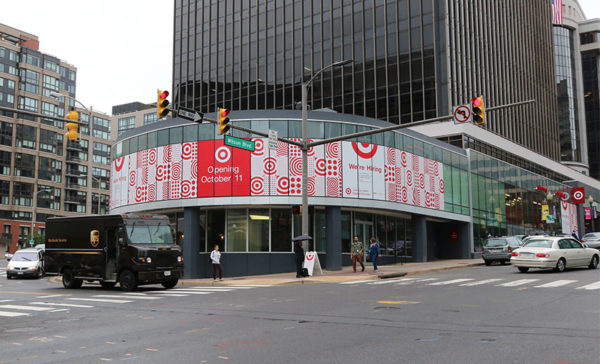 Another Jury Duty Scam — Scammers are once against targeting Arlington residents with phony phone calls about jury duty. At least 15 cases were reported in September of residents receiving calls from someone claiming to be a law enforcement officer and demanding a “good faith” payment over the phone for failing to appear for jury duty. The calls are fraudulent and police are investigating. [Arlington County]

Deaf Inmate’s Lawsuit Against Arlington — A deaf Ethiopian immigrant says the six weeks he spent in the Arlington County jail was torturous. Abreham Zemedagegehu has a limited ability to read or write English, and as a result missed meals and went without needed pain medication during his stay. A lawsuit against the county, filed pro bono by the law firm Akin Gump, says the jail should have had a sign language interpreter. [Washington Post]

Arlington Wages on the Rise — Wages for those who work in Arlington rose 2.7 percent in the first quarter of 2015, higher than the national average of 2.1 percent. Arlington has the 10th highest wages among the largest 342 counties in the U.S. [InsideNova]

New Process Proposed for New Schools — The county’s Community Facilities Study Committee has made recommendations for a new “siting process” for new and expanded schools and county facilities. “The siting process is intended to improve upon current practices and function as a project management tool to make siting decisions efficiently, effectively and with ample community input,” according to a press release. [Arlington County, Arlington Public Schools]

Lots of Debates for County Board Candidates — The four Arlington County Board candidates are scheduled to participate in 14 debates in various parts of the county by the time election day rolls around in November. [Washington Post]

Va. State Police Cruisers Hacked — Computer security experts were able to hack into Virginia State Police vehicles, preventing the cars from starting or moving. The hacks were done as a security measure, as part of a state initiative to prevent future hacks of Virginia’s fleet of police cruisers and official vehicles. [Dark Reading]

October is Domestic Violence Awareness Month — Today is Oct. 1, the start of Domestic Violence Awareness Month. “The Arlington County Police Department has partnered with Doorways for Women and Families, our community advocate, to bring attention to this worthy cause,” according to a press release. During October, many ACPD vehicles will display a purple ribbon donated by Doorways. Last year, Arlington police were called to 2,086 incidents of domestic violence, resulting in 196 arrests. [Arlington County]