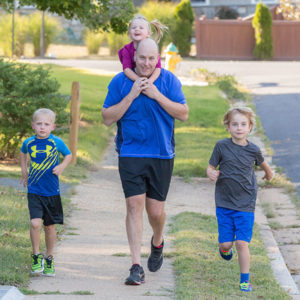 A foundation created in honor of Jennifer Lawson, the Arlington mom who was struck and killed by a dump truck in front of Nottingham Elementary School, is holding a race in her memory.

The inaugural Jennifer Bush-Lawson Foundation Memorial 5K and Family Fun Day will be held on Saturday, Nov. 21 at the Knights of Columbus at 5115 Little Falls Road, the same road on which Lawson was hit last year.

The 5K starts at 8 a.m., followed by the kids run at 9:30 a.m. After the races, the foundation will hold a family fun day, with music, food trucks and a beer garden. There will also be kids activities, including face painting, a moon bounce and balloon animals.

Registration for the race is still open. It costs $40 to run the 5K and $10 to participate in the kids run. All proceeds go to the Jennifer Bush-Lawson Foundation, a memorial fund started by Lawson’s husband Neal to help provide pre- and postnatal care for families in need of financial assistance.

Lawson died on February 24, 2014, after being struck by a dump truck while loading her two-year-old daughter into her minivan. Her two sons were in class, across the street at Nottingham Elementary. After her death, a family friend created a memorial fund to help the family. He aimed to raise $5,000 and ended up raising more than $17,000.