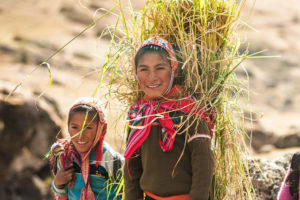 A Catholic church near Clarendon is holding a series of films, dances and concerts as part of a new cultural series called Forum Arlington.

Every Friday, the St. Charles Borromeo Catholic Church (3304 Washington Blvd) will hold either a music concert, dance class or film screening. The Forum kicked off last week with a performance by Marie Miller and will hold a film screening tonight.

All events start at 7 p.m. with a happy hour followed by the film, concert or dance class at 8 p.m. Tickets can either be purchased online or at the door, depending on the event.

Forum Arlington also has a photography exhibition about South America from Oct. 16 to Dec. 18.

The idea for the cultural series came from the church’s pastor, Father Donald Planty, who wanted to do more cultural outreach, said Terrence McKeegan, the head of Arlington Forum.

“He had this idea to have a cultural series that is a cultural outreach program for Arlington residents,” McKeegan said.

McKeegan has helped organize multiple cultural events, including large music festivals, and realized he and the pastor had the same vision. Together, they worked to find different acts and films, drawing from McKeegan’s wide network, he said.

“We try to pick bands or films or dance instructors and types of dances that appealing to widest range,” McKeegan said.

The events are held in the church’s gym, which McKeegan and church staff spruced up to make it look more like an event space instead of a typical gym, he said.

The concerts, dances and films will continue through the winter. For the spring, Arlington Forum will introduce a lecture series in addition to the concerts. McKeegan did not know at this time if the films and dance classes would resume in the spring.

“The target audience is the entire community,” he said. “It’s not all the parishioners or an age demographic.”

END_OF_DOCUMENT_TOKEN_TO_BE_REPLACED

More Stories
Major Arlington Roads to Be Closed for MarathonCar Knocks Down Pole, Runs into Apartment Building in Buckingham