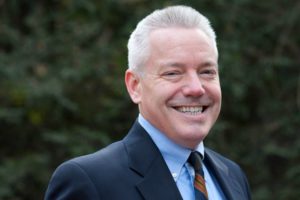 The Arlington Way has been much discussed over the last few years amid concerns that the “Way” has been lost. Our experience on the South Arlington Working Group (SAWG) planning for a new school suggests that we can still achieve consensus while doing so in an inclusive and prompt manner.

We do still need a way of ensuring that our elected leaders’ decisions about Arlington’s future have broad community support, especially with the number of decisions needed to address school capacity concerns.

As we consider how to update the Arlington Way the SAWG process — swift and inclusive — may point to what we need to meet the demands of our changing community and growing school population.

In June of 2014, Arlington Public Schools (APS) identified the Thomas Jefferson site as its preferred location for a new elementary. The County Board, in response, formed the Thomas Jefferson Working Group to consider the feasibility of building a new school on the site. The TJ Working Group was able to establish a number of thoughtful considerations for the use of the site, but could not build a consensus that the Jefferson site should be for a new elementary school.

There were many community questions about alternative sites and how a school on the Jefferson site would be used. Ultimately, the County Board deferred on approving the site and asked the School Board to help develop a consensus regarding location of a new elementary school.

In response, the School Board set up SAWG and invited a broad cross-section of community participants. This included every Civic Association in south Arlington, PTAs from every south Arlington school, and a number of community-based organizations. These stakeholders brought different views to the table — and different ideas about how to address school capacity.

One challenge was that capacity needs in south Arlington were not evenly distributed. The three schools projected as most overcapacity in 2019 were Barcroft, Henry and Oakridge. Barcroft and Henry are on the western side of south Arlington and Oakridge is on the eastern side. Thus, it would be challenging to find a single school site that could relieve capacity issues for all three schools.

The SAWG members wanted new options. They considered every APS property and every County property in south Arlington. The members also reviewed potential privately-owned sites. This interest and outreach ultimately led to not one, but two private property owners coming forward. Both had serious proposals for providing the County with land in return for building more densely on their remaining property.

With a large, diverse group, some thought SAWG would not reach a conclusion. But, we pushed for open discussions and stepped outside of narrow, parochial viewpoints. We also sustained a healthy dialog with APS and County staff. Ultimately, we came up with three, interlocking recommendations.

First, we recommended that APS build a new home for Henry Elementary at the Jefferson site. These new seats are well-located to relieve crowding at Henry and Barcroft. Also, knowing that this new building would be a neighborhood school was an important consideration for many stakeholders.

Second, we paired the Jefferson/Henry recommendation with a plan to move the Montessori Program from Drew Model School to the current Henry building, opening approximately 400 seats at Drew. This pairing was important because it provides needed capacity for schools on the eastern side of south Arlington. And, by separating two programs now housed at Drew, it helps ensure the success of both programs.

Third, we concluded that a second elementary school would be needed in the Pentagon City area. Oakridge is our only elementary school east of Interstate 395. We expect that population growth will require another school. By starting planning now, we can thoughtfully consider such options as the potential joint use of the Aurora Hills Community Center and the offer of land for a school at the River House property.

SAWG members did get new options on the table that had not been considered before. We also moved quickly and came up with recommendations that met our charge — and more. Consensus was broad. Our site recommendation received unanimous support from both boards.

Most importantly, our recommendations quickly received support from our communities. This shows that what Arlington needs today in finding our “Way” forward can be achieved.

Greg Greeley was a member of the Thomas Jefferson Working Group and the Chair of the South Arlington Elementary Working Group. He is a long-time resident of Arlington and has been an active parent in Arlington schools.