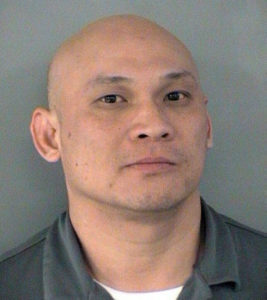 (Updated at 4:30 p.m.) The Arlington County Police Department says two arrests have been made in connection to a “large-scale” marijuana distribution network in the area.

In a press release, below, ACPD said the network sent parcels filled with marijuana from California to businesses and homes in the D.C. area. Thus far those businesses have not been identified, though police say warrants were executed at “various businesses and residences throughout the region.”

Luong was arrested in Los Angeles, where he lives, and is awaiting extradition.

In August 2015, a joint investigation was initiated by the United States Postal Inspection Service and the Arlington County Police Department regarding the importation of marijuana into the Washington Metropolitan Region. As a result of this intensive investigation, a large-scale distribution network was identified as sending parcels from California to businesses in Virginia, Maryland and the District of Columbia.

On Tuesday, February 23, 2016, Dat T. Ngo, of Alexandria, VA, was arrested by Montgomery County Police on an outstanding Arlington County warrant. Subsequent to his arrest, search warrants were executed at various businesses and residences throughout the region. The Northern Virginia Financial Initiative with Washington/Baltimore HIDTA also provided assistance. Search warrants were also executed in the State of California with the assistance of the Federal Bureau of Investigation and the Los Angeles Police Department. Kien V. Luong of Los Angeles, CA, was arrested on an outstanding Arlington County warrant and was being held at the Los Angeles County Jail awaiting extradition to the Commonwealth.