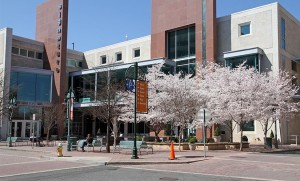 Shirlington’s Signature Theatre has unveiled the lineup for its 2016-2017 season.

Among the productions scheduled are the Tony Award-winning Titanic: The Musical, Freaky Friday based on the novel and Disney movies and Andrew Lloyd Webber’s classic Jesus Chris Superstar.

Signature is also planning a cabaret series featuring “Woodstock,” with music from the music festival, in addition to its annual open house on Saturday, July 23.