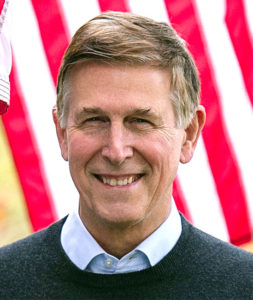 The following op-ed is an open letter written by Rep. Don Beyer (D-Va.).

The arrival of two new gun stores in Northern Virginia in close proximity to families and schools set off a wave of concern from constituents. First, NOVA Firearms opened near Franklin Sherman Elementary School in McLean.  Then NOVA Armory opened its doors in Arlington’s vibrant Lyon Park neighborhood. Almost every person who contacted me expressed strong opposition to gun stores at these locations.

Thanks to Virginia’s Dillon Rule, state control preempts local authority. In these cases, it means Arlington and Fairfax Counties cannot prohibit these stores from opening, regardless of the overwhelming will of local families and schools. The power to stop this from happening rests with a gun-friendly General Assembly, which has refused to help, despite the efforts of Northern Virginia’s delegation in Richmond.

It is difficult to reassure constituents that the federal government can help them when Congress has spent a decade undermining oversight of gun dealers by the agency tasked with inspecting them: the Bureau of Alcohol, Tobacco, Firearms, and Explosives.

Over time the gun lobby and its allies in Congress have deliberately limited the enforcement capability of the ATF, using “appropriations riders,” restrictions snuck into must-pass spending bills that are meant to force a change in policy. The gun lobby has used appropriations riders to prevent the ATF and other law enforcement from properly regulating the sale of guns and investigating illegal gun purchases. Limits on trace data could be used to crack down on bad apple gun dealers, but use of trace data has been blocked by Congress. These tactics jeopardize the oversight ability of the ATF and potentially put our communities in danger.

Yesterday I introduced a bill, the ATF Enforcement Act, to undo these restrictions on the ATF’s enforcement authority. The bill would also remove the requirement that the ATF’s Director be confirmed by the Senate. Since 2006 lawmakers backed by the gun lobby have refused to confirm the nominees of both Democratic and Republican presidents. Only one Director has been confirmed in the last decade.

My bill would repeal these restrictions on the ATF and let them do their job of inspecting gun dealers and preventing criminals and people who are legally barred from owning guns from acquiring them.

It is not the role of the federal government to intervene in local zoning, but we can at least make sure that the federal entity charged with regulating the sale of guns is able to do so properly, without the insidious roadblocks which Congress has put in their way.

Whether or not you agree with their trade, most gun dealers are law-abiding. It is nearly impossible, however, to discipline or prosecute the ones which break the law in the current environment, even the ones who repeatedly supply guns used to commit crimes.

The ATF Enforcement Act will not solve the problem of gun violence or wipe away the objections which so many have expressed against these gun stores. If it passes, however, it will at least help the ATF hold them accountable.

Congress tells ATF to protect the public from criminals who commit crimes with guns, but simultaneously hampers their enforcement capabilities. It’s hypocrisy of the worst kind, and innocent people die because of it. I’m putting forward this legislation to call the gun lobby’s bluff and give ATF the tools it needs to effectively protect our communities.

More Stories
The Right Note: Another Pool Proposal EmergesBREAKING: Medics Dispatched to Rosslyn Metro After Train Gets Stuck in Tunnel