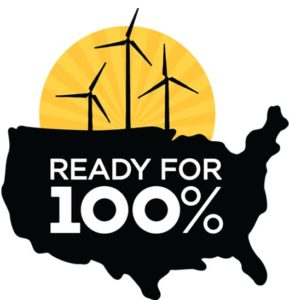 The Sierra Club wants Arlington County to run completely on clean and renewable energy by 2035.

The organization announced today that it is launching its Ready for 100 energy awareness campaign in Arlington and Alexandria. Fifteen U.S. cities including San Diego have already committed to 100 percent clean energy and Arlington has already vowed to reduce greenhouse gas emissions by 80 percent by 2050.

“We strongly support a goal of 100% clean energy,” said Elenor Hodges, Executive Director of Arlingtonians for a Clean Environment, in a press release. “Arlington County has already set a high bar for Virginia, but we can do even better. I think this is an effort many residents will get behind.”

The price of clean energy has dropped significantly over the past few years, with solar energy costs alone dropping by 80 percent, according to the Sierra Club. The solar industry has expanded as well, with over 200,000 people working with solar energy, nearly twice as many as the coal mining industry.

“By transitioning to 100 percent clean energy, our city could prevent thousands of asthma attacks and dozens of premature deaths every year,” said Dr. Samantha Ahdoot, an Alexandria-based pediatrician. “This would be a big step in the right direction toward allowing our kids to breathe easier.”

According to a study by scientists from Stanford, transitioning to 100 percent renewable energy would save the average American family $260 per year in energy costs and an additional $1,500 in health care costs.

The Sierra Club is rallying local residents — including students — to urge local officials “to boost the local economy and save families money by leading the way to 100 percent clean energy.” From the press release:

The electricity sector has embarked on an unstoppable shift from its high-pollution, dirty-fueled past to a safer, cleaner-powered future. The stay issued by the Supreme Court on the Clean Power Plan cannot reverse that trend. Nor can it dampen the overwhelming public support for action on climate change and clean energy.

“Our current dependence on fossil fuels means that my generation will be dealing with the impact of climate change for our entire lives,” said Helene Turvene a junior at Washington-Lee High School. “A commitment now to 100% renewable energy not only will help to begin reversing those impacts, but it will position our community for a more sustainable future. Students want to know that local leaders are acting with us, and future generations, in mind.”