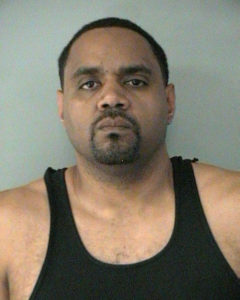 (Updated at 4 p.m.) A Woodbridge man has been arrested in connection with the sexual assault of a Lyon Park woman last month.

The sexual assault was linked via evidence to two attempted abductions in Arlington in 2007, according to Arlington County Police. A renewed investigation into those cold cases led to the arrest of 34-year-old Justin Poe.

Poe has not yet been charged in the May sexual assault.

“We are awaiting additional evidence and additional charges are expected related to the 2016 case,” said ACPD spokeswoman Ashley Savage.

The Arlington County Police Department has arrested and charged a 34 year-old suspect with two counts of attempted abduction for his role in attacks stemming from 2007. Justin Wingate Poe, 34, of Woodbridge, VA is currently being held without bond in the Arlington County Detention Facility. Additional charges are expected.

At approximately 4:56 a.m. on May 15, 2016 a female victim awoke in her residence in the 700 block of N. Edgewood Street to an unknown male sexually assaulting her. Following the attack, the male suspect fled the scene and the victim was able to contact 911. DNA evidence recovered from this assault was submitted to the state laboratory for analysis. The DNA results linked this case with an unsolved 2007 attempted abduction in the 1100 block of N. Vermont Street.

At approximately 2:27 a.m. on May 28, 2007 a female victim was walking in the 1100 block of N. Vermont Street when an unknown male suspect confronted her from behind and attempted to cover her face with a plastic bag. The victim screamed and the suspect fled the area on foot. The plastic bag was processed for evidence and a latent fingerprint was recovered.

An additional attack occurred on June 7, 2007 at approximately 1:20 a.m. when a female victim inside her residence in the 2600 block of Lee Highway heard a knock on her door. When she opened the door, an unknown male subject standing against the wall just outside the door attempted to place a plastic bag over the victim’s head. The victim screamed and the suspect fled the scene on foot. The victim was able to provide a detailed description of the suspect to police and a composite sketch was released to the public.

Upon receiving the link between the 2007 and 2016 cases, Arlington County Police Department detectives began an intensive investigation including the review of cold case files, crime scene evidence and laboratory results. The review led to additional information that led detectives to identify Justin Wingate Poe as a possible suspect. Forensic evidence and thorough investigative efforts linked the suspect to the incidents in the 1100 block of N. Vermont Street and the 2600 block of Lee Highway.

Officers from the Arlington County Police Department’s Tactical Unit and the Prince William County Police Department took Poe into custody at his residence in Woodbridge, VA in the evening hours of June 17, 2016. Poe has been charged with two counts of attempted abduction. Additional charges are expected. The apprehension of Poe was the direct result of outstanding police work and the leveraging of resources from our regional law enforcement partners.

The investigation into Poe is ongoing. Anyone who has information regarding these incidents or concerning Poe is asked to call Detective Sloan at 703.228.4198 or [email protected] To report information anonymously, contact the Arlington County Crime Solvers at 866.411.TIPS (8477).