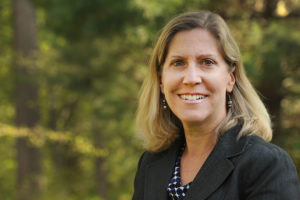 Today we celebrate the accomplishments of our high school seniors, as they cross the stage to receive their high school diplomas. This is a time to reflect on how families, friends, schools and the community have supported our students’ success.

In Arlington, we work together to help our young people make good choices to be healthy, safe, and successful in school and in life. Despite our best efforts, many choose to use drugs and alcohol. According to the 2014 Arlington Community Report Card: “Youth who regularly use alcohol and drugs are more likely to be victims of violence, commit violent acts, engage in unplanned and unprotected sex, have trouble in school, and engage in other unsafe activities.”

We are fortunate in Arlington to have the Second Chance Program for middle and high school students to intervene early in their drug and alcohol use.

Now in its fifth year, Second Chance teaches teens about the harmful effects of drugs and alcohol and how to make healthy choices. Parents learn how to set clear expectations and limits for their teens. Families can refer their children to the program, which is free to all Arlington residents.

Successful completion of Second Chance also can be an alternative to school suspension and criminal prosecution. That second chance can make a real difference in teens’ lives when they apply for a job, to college, or the military.

Second Chance has its roots in the Partnership for a Healthier Arlington, which found that Arlington teens were drinking at rates higher than the national average and in surrounding jurisdictions. In response, the community recognized the need for an early intervention program. Stakeholders focused on youth came together to create Second Chance, including developing the curriculum and securing funding.

The work continues today under the auspices of the Partnership for Children, Youth and Families Foundation, with the commitment, collaboration and support of the School Board and County Board, Arlington Public Schools, the Arlington County Police Department, the Courts, the Probation Office, the Arlington Commonwealth Attorney’s Office, the Department of Human Services, and many others.

Students referred to Second Chance attend a three-day program, learning about the effects of drugs and alcohol on the developing teen brain, practicing skills to deal with peer pressure, and creating an action plan to help them make healthy choices.

Parents or guardians must attend a three-hour session to educate them as well, to discuss effective communication with their teens, and to help them set clear limits and expectations.

Students and their families return for a booster session to review their action plans and to evaluate what changes are needed for students to remain drug and alcohol-free.

Second Chance has received the National School Boards Association Magna Award and the Virginia Municipal League’s Achievement Award. More importantly, students who have completed Second Chance have changed both their attitudes and their behaviors about drugs and alcohol.

In the last four years, 88% of students referred to the program by APS have not been involved in any additional school substance abuse violations. Students and parents report that Second Chance has had a positive impact on their lives.

Since 2011, about 465 students have attended Second Chance – a small fraction of the number of students we know use drugs and alcohol. Second Chance Program Coordinator Sarah Gortenburg reports that students have been using alcohol or drugs for 9 months to two years before being referred to the program.

Many parents think that teen alcohol and drug use is a rite of passage: it is not. Parents who know or are concerned that their children might be using drugs or alcohol are encouraged to refer them to Second Chance. Together, we can help Arlington youth be healthy, safe, and successful.

For more information about Second Chance, go to: SecondChanceArlington.org, or call: 571-340-8368; or email: [email protected].

Abby Raphael is a founding member of the Second Chance Advisory Committee. She served on the Arlington School Board from 2008-2015, including two terms as Chair. She also is a co-chair of Arlington’s Project Peace Prevention Committee.

END_OF_DOCUMENT_TOKEN_TO_BE_REPLACED

More Stories
Peter’s Take: Arlington Development and the Case for ‘MIMBY’The Right Note: This Should Not Have Come as a Surprise