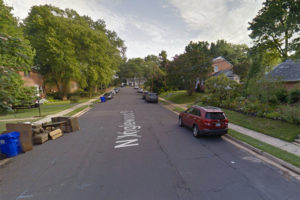 A worker was sent to the hospital with potentially serious injuries after falling at a construction site in a residential Arlington neighborhood this afternoon.

The incident happened around 2 p.m. on the 2000 block of N. Inglewood Street, in the Tara-Leeway Heights community. Initial reports suggest the worker fell at least 6 feet into some sort of a trench.

State occupational health and safety officials were called to the scene following the accident.

The victim was transported to the trauma center at George Washington University Hospital, an Arlington County Fire Department spokesman said.