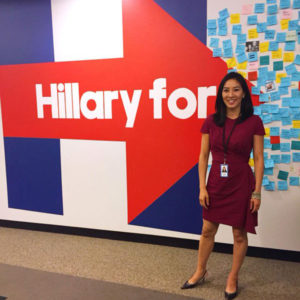 Olympic medalist and former figure skating world champion Michelle Kwan is slated to attend three Clinton campaign events in Northern Virginia, two of which will be in Arlington, according to a press release.

Kwan will make stops at a phone bank in Arlington’s Dominion Hills neighborhood and at a Thai restaurant in Ballston “to discuss Clinton’s agenda for tax fairness and help launch ‘Asian American and Pacific Islander Virginians for Hillary.'”

Kwan’s full schedule of appearances is below: