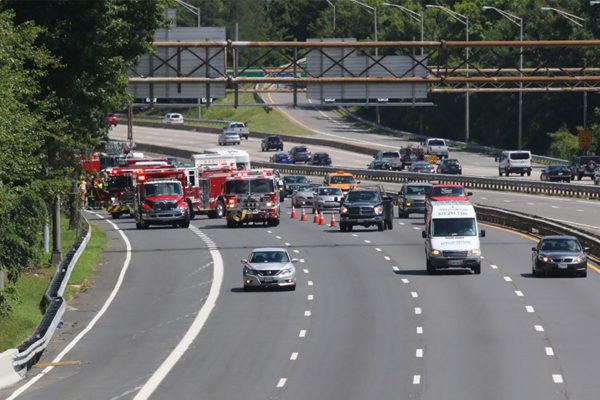 Hazmat teams are on the scene of a fuel spill on southbound I-395 between Shirlington and King Street.

Nearly 50 gallons of fuel have spilled from a ruptured tractor trailer fuel tank, according to scanner traffic. Firefighters are trying to contain the leak.

All but two lanes of the main line of I-395 are blocked due to the emergency response. The ramp from Shirlington Circle to southbound I-395 is being closed.

Update at 4:30 p.m. — Firefighters managed to contain the spill in about 30-45 minutes. Before the lane closures were lifted, southbound traffic was backed up to the area around the Pentagon.

#Update: Fuel leak is controlled, units are starting to clean up and return to service. pic.twitter.com/wl0q5QprgC