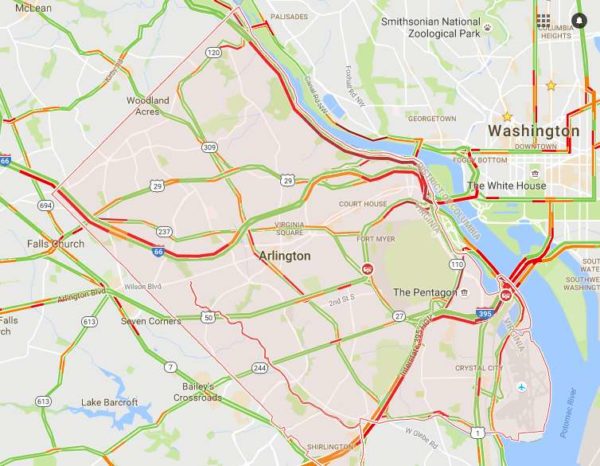 Unsurprisingly, traffic is pretty heavy for this morning’s rush hour.

In the D.C. area, the Tuesday after Labor Day is sometimes called “Terrible Traffic Tuesday.” That refers to the extra cars and buses on the road due to the first day of school and most people being back from their summer vacations.

In reality, the traffic is usually worse the following Wednesday, and even worse still the week after that.

As of 8:45 a.m., there were big delays on I-395 and the southbound GW Parkway in Arlington, as per usual. So far, no major traffic issues have been reported in Arlington.