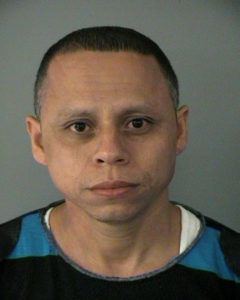 A man accused of strangling a woman and stuffing her dead body in his trunk is back in Arlington to face justice.

Ludvin Estrada, now 46, arrived back in the U.S. today and is being held at the Arlington County jail, according to a police press release. Estrada fled to Guatemala after the May 11, 1999 murder, police say, and was able to elude capture until this past April.

“The apprehension of Estrada is the direct result of outstanding police work and the leveraging of resources from our federal and international partners,” Arlington County Police said in a press release.

The rest of the press release is below.

On May 11, 1999, at approximately 4:33 p.m., Arlington County Police responded to the report of a 27-year-old female victim located deceased inside the trunk of a vehicle parked in the 1300 block of N. Pierce Street. The investigation revealed that on the evening prior, the victim and the subject had been out dancing and were seen leaving together at approximately 2:45 a.m. on May 11, 1999. At some point, a verbal altercation ensued between the two and the subject strangled the victim causing her death. Estrada immediately fled to Guatemala where he remained until his capture in 2016.

A warrant was issued for Estrada in 1999 but efforts to locate him in Guatemala were unsuccessful. In 2012, the case was assigned to the Arlington County Police Department’s Cold Case Unit. Through a review of the case files, crime scene evidence and laboratory results detectives located additional information that verified Estrada’s involvement in the death of Eva Veliz. Efforts to locate and apprehend Estrada were resumed and he was taken into custody on April 11, 2016.