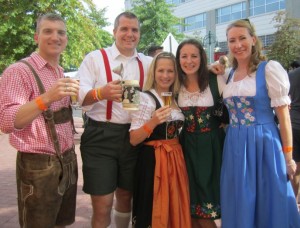 (Updated at 2:10 p.m.) An annual beer festival will shut down some roads in Shirlington this weekend.

Capitol City Brewing Company’s annual Oktoberfest celebration will bring men in lederhosen and women in dirndls to the The Village at Shirlington (4001 Campbell Avenue) on Saturday, Oct. 1, from noon to 7 p.m.

In addition to food, drinks and fun, the party will also bring road closures. The following roads will be closed to cars from about 6 a.m.-10 p.m. Saturday:

Street parking in the area will also be restricted during that time. 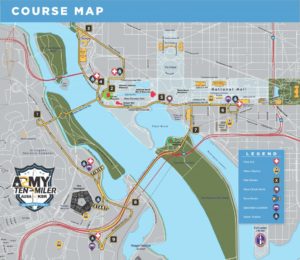 Then, next Sunday, Oct. 9, runners will pound pavement near the Pentagon as part of the 32nd annual Army Ten-Miler Race.

The following road closures will take effect when the race kicks off next week:

All roads closed by the marathon should be reopened by 12:30 p.m., except for Route 110, which will remain closed until approximately 2:00 p.m.